Here’s when you MUST quit your job

Would you quit your job if you did not enjoy the food served in your office canteen? Or if you found out that a co-worker was bitching behind your back? While these reasons may seem trivial, here are the top 10 reasons why you re
ally should explore new options.

Every morning, when his alarm goes off at 6 am, Rahul Sharma, sits up in bed, glances at the clock and cringes at the thought of going to work.

It’s always the same story — he tries to conjure up an excuse to stay home, but fails to come up with one that will convince his boss.

Rahul, now 32, is a commerce graduate and has been working as a sales manager in a leading service firm in Hyderabad for the last eight years. He has been serving the organisation since its inception and knows the ins and outs of the company — be it the products, clients or its employees.

Needless to say, the boss expects Rahul to supervise the activities of the organisation like a senior manager. But how does he explain the inefficiency of his co-workers, which compels him to work through most weekends? As much as he loves what he does, he feels like an under-paid, over-exploited slave with absolutely no social life.

Should Rahul continue working in the same organisation, or should he quit his job and apply for another one? What is right for him?

Is there a ‘right time’ to quit a job? If there is, how does one decide when that is?

An August 2011 survey conducted by HR consultants Mercer revealed that 54 percent of Indian employees are considering a job change in 2012. So why is every second person tempted to take a break or considering moving to a new organisation?

We spoke to a few employees and HR professionals to find out the top reasons why people look for fresh opportunities. We also found out just how crucial these reasons are and how they help you make informed career decisions. 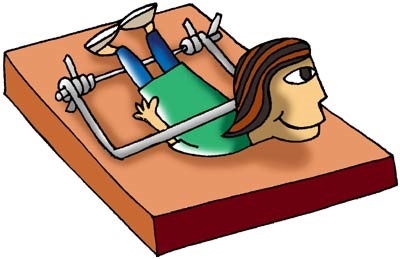 When your work life becomes too routine and boring, when you realise that your scope for performance and growth in a particular organisation is limited or has stagnated, it’s time to rethink your job.

Kailash Shahani, Director, Morpheus Human Consulting from Mumbai says that dissatisfaction (monetary or mental) with one’s current job can influence employees to shift to a different domain. The trend he recalls is common among call centre employees, who start off as telecallers and go on pursue careers in banking and HR, which offer better career prospects.

Vidhan Chandra, Director of iSource Services, a consultancy in Pune, adds that ‘relative stagnation’ can also be detrimental to your career growth.

Explaining the two common reasons why stagnation occurs at work, Chandra says,”It happens when you have been with an organisation too long, mastering all the tricks of the trade with limited scope to experiment or learn new things. Also, if you realise that you aren’t happy when you look at your colleagues, who you think have better responsibilities and a better job profile, you are facing stagnation at work.”

In either case, it is time to quit, agree experts.

s and responsibilities that fail to stimulate

Two years ago, Shashank Aggarwal (name changed upon request), 29, was working as a software developer with an IT firm in Bangalore.

He says he quit his job of three years because he was given too many projects that weren’t exciting enough.

Shashank now freelances for international clients. He says bad projects or assignments are warning signs and one should be wary of becoming part of them for too long.

“Poor projects reflect badly on your profile. When you continue working on such projects for too long, it will also negatively affect your attitude towards work. Unless you have no qualms about wasting your talent, you must immediately find a way out and move on,” he cautions.

Kailash Shahani says that an organisation may either change the job role of an employee without consulting him/her or then limit the defined role.

This results in a mismatch of KRAs.

Mismatched KRAs (Key Responsibility Areas) are also an outcome of extreme expectations and demands of employers. While being multi-talented is the need of the hour, it should not be a hurdle standing in the way of one’s core area of interest.

For instance, Arvind Kumar (name changed upon request) is a mechanical engineer and was hired by an automobile firm to look after their new branch in Mumbai.

Although the 27-year-old was hired as a supervisor to man their technical division, with time, sales and promotions were also added to his list of responsibilities.

When Arvind realised that he was being asked to handle additional duties that were outside his domain of expertise and knowledge, he chose to quit. 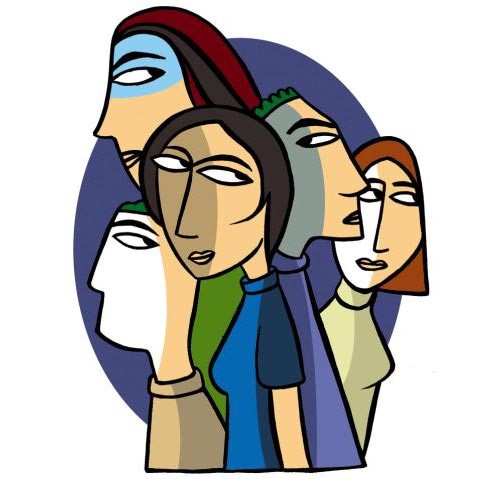 Jeenal Choksi (name changed on request), 32, joined an ad agency in Pune after completing her graduation.

After working for three years, she took a break from work to complete her MBA. When she rejoined, she was given a promotion and a salary hike. Needless to say, her ex-colleagues did not take it in the right spirit.

Soon, she started facing trouble from her immediate team members who were spoon-fed with provocative gossip that questioned her integrity and professional standards. Choksi says she quit the agency within six months of rejoining.

“Peer rivalry is a dangerous disease,” she states, further explaining why it is difficult to cure. “Curing it means burning your own fingers.”

The best way is to quit an organisation, move to a new one and start afresh. “Unless you are adventurous enough to sail through the hassles of clearing the air before you say goodbye,” warns Choksi.

5. When employers don’t make good on their promises

While promises may be used like bait to lure employees into performing well, failure to deliver on those promises will only discourage them and prompt them to and pursue better opportunities.

Four years ago, Varun Chaturvedi was working as a business development manager for a furniture brand in Nagpur.

The 30-year-old was responsible for the launch of three new outlets and orchestrated a 40 percent growth in business for the company.

While it was natural for Varun to expect a promotion, or at least receive an incentive for his performance, the Managing Director promised him the position of branch manager at a city outlet within a year’s time.

Instead, a year and a half later, the MD gave his brother-in-law the position and asked Varun to settle for a small fraction of the much-delayed incentive.

“My boss did not live up to his promise, so I quit my job,” shares Varun, who now works as the regional manager of a multinational bank in Bangalore. 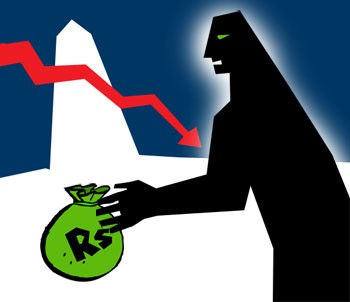 6. When your organisation registers too many losses

Do your company’s financial figures endorse a downward trend?

Are you often asked to minimise your work budget or charges to the company?

Is your employer taking the hire and fire policy too seriously?

If the answer to all the above questions is affirmative, chances are that your organisation is sailing in troubled waters and you need to watch your footing.

Rajesh Tripathy, head of Cflex Consulting, Delhi, says it’s okay to love your job, but don’t get attached to your organisation.

“When you start loving your company, and categorically, if this attraction becomes one-sided, your career goes downward steadily.”

He says that if your workplace shows consistently poor financial returns, you must not delay your decision to move to a new job. “It is not wise to stay rooted to a boat that is going to sink,” he warns. 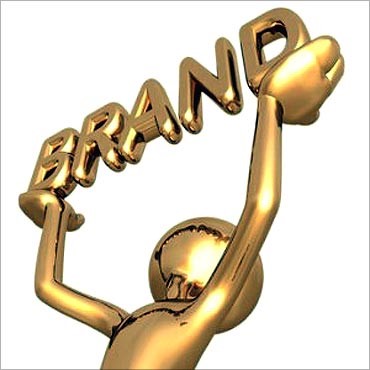 How many of us would quit an old job for a plush new office that offers better chairs, computers, facilities and a better work environment?

As unusual as that sounds, Kailash Shahani says that poor infrastructure, company’s brand value are influential factors that will lead a working professional to quit his job.

“Would you think twice if you receive an offer to work for Google?” he asks. 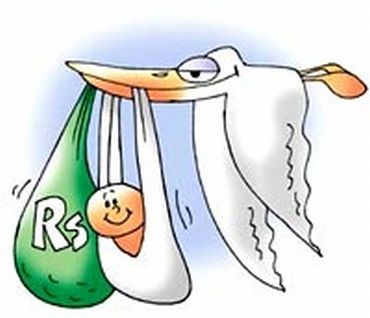 Most of the time, professional commitments come in the way of one’s social priorities.

However, if one realises that s/he is unable to sustain a healthy family or social life due to work commitments, it is time to re-evaluate priorities.

Vidhan Chandra offers a classic example of how a software engineer from IBM, US had settled for a virtual engagement with his bride-to-be in India through Skype when his company turned down his leave application.

Marriage is an important reason why female employees quit their careers, explains Kailash Shahani — either to spend quality time with their partners or to choose an organisation that is closer to home and offers flexible work hours.

While some of us may not want to acknowledge that fine line between one’s professional and private life, Manmeet Singh, 31, decided to end her six-year tenure with an organisation to take care of her newborn daughter when her manager refused to extend her leave.

“I was working in the administration department of this firm two years ago. Although my boss gave me maternity leave of 45 days, I asked him if I could extend my leave for two months, provided he allows me to work from home. My manager shared the example of another employee who faced a similar situation and had hired a maidservant to take care of her child.”

Singh believes that there are times when one has to choose family over work. 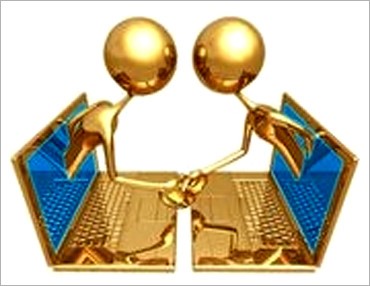 isition/merger/sale of your current organisation

When a company is taken over by a bigger brand, it could either mean a boom or spell doom for the employees.

“It’s like getting married to a new person and having to start from scratch, which may not always be favourable to everyone,” says Nishank Phadke.

On the other hand, Vidhan Chandra feels that it is the overlapping of responsibilities with employees of the partner company which threaten people thus compelling them to quit before they are asked to resign. 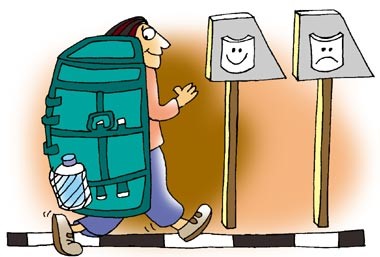 Many professional graduates have happily agreed to take up a job in a new city for the sake of their careers, and later on applied for a transfer or quit to return to their families.

Kailash Shahani says inconveniencing factors like unsafe or inconvenient job location and failure to understand or cope with the local language are major influences that force an employee to quit an organisation.

Lalit Raghuram, 34, tells us that he almost resigned from his job as a territory manager in a rural district of Gujarat because he had to travel 40 kilometres by road to have non-vegetarian food, which was “highly inconvenient” for him.

“The food served in the office canteen was tasteless and I could not find a good cook. So, I complained to my manager, who first laughed at my reasons but finally transferred me to another city,” he says.

WhatsApp us on ( click on the numbers to send a message )

The original article appeared on Rediff.com